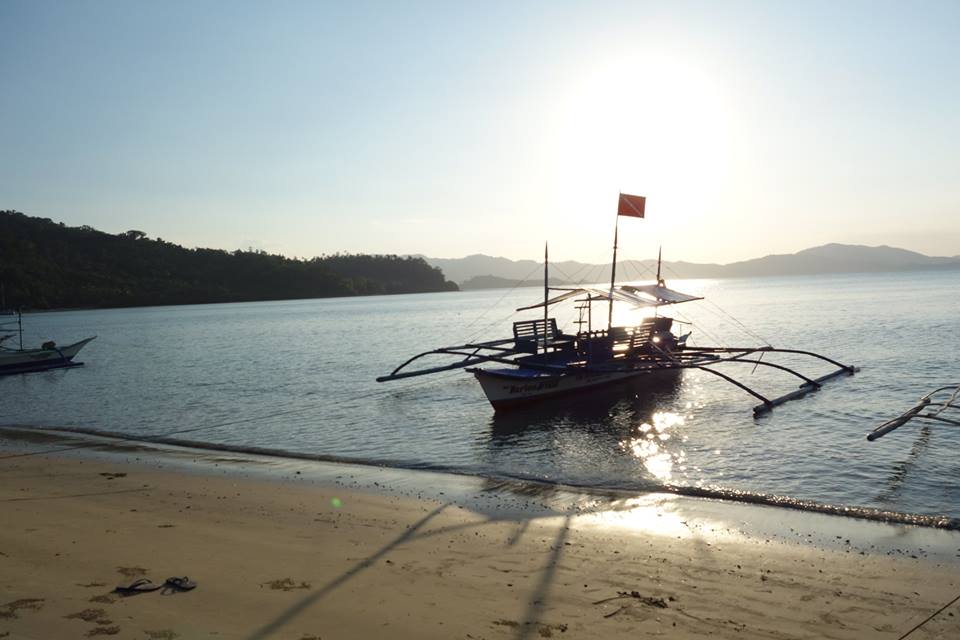 A country where you can see wildlife, swimming with whalesharks, see thousands of posters voting for the new president, relatively poor but extremely friendly people and more then 7000 islands with white sand beaches and a clear blue sea. Philippines is a brilliant destination for tourists who love adventure and relaxing at the beach at the same time.

We started at Manilla where we rented a scooter and soon we realised it was a good choice since the traffic is a challenge. Manilla is not my favourite city. Since the last official counting in 2010 Manilla has a population 1,7 million. Manila is regarded as one of the most densely populated cities in the world with 42,857 people per square kilometer
It is extremely crowded and some buildings could definatly use a makeover. It is a true miracle that some buildings are still standing straight. When you experience the crowded streets it is a pleasant thought that you can drive away whenever you want. Driving with a scooter out of town to see some nice botanic gardens and the skyline of Manilla is a plus. Despite the old buildigs there is also lots of astonishing architecture to see. 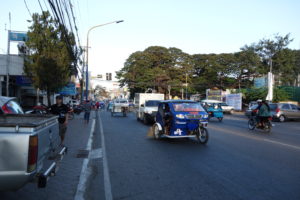 After Manilla we took a flight to our next stop: Palawan. The flight was on schedule, the plane was ready for take off but the schedule was not correctly planned. Or like the stewardess told us:” There are to many planes for the amount off free lanes, so it is more logical to wait” sounds logical ;). Three hours later we arrived at Puerto Princessa. At the airport a rental scooter was waiting for us and happy as we were, we immediatly started to explore the city Puerto Princessa were we saw the vibrant streets with buzzing markets and good food. After dinner we a went to a pub to see a band called ”the aftershock”, an amazing night followed by a Philipine travestite with an extreme good sense of humor.
The next day we decided to drive around the island with our rental scooter which was a good choice. 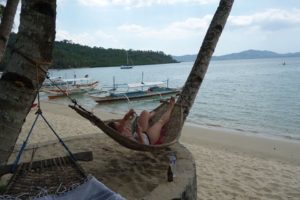 Our first stop was Port Barton, a small village with a small harbour. A good vibe, good food, a beer and our relaxing mode was ON. Laying in a hammock seeing the sunset is something which never gets boring. After Port barton our Scooter was waiting for us to drive through Roxas and straight to a small city called TayTay. The roads in palawan are considered as perfect for a scooter. Some holes in the roads wont slow you down. TayTay is worth the stop with a nice bay and many small houses on the shore and a mysterious Ruïn what once was a church. After TayTay our rental scooter took us to El Nido.. I am not sure how should describe El Nido. A guy told me El Nido is worth the pizza and the beer. After that you should leave. I am not sure if hes right. Sure it is touristic because all the tours Palawan has to offer is starting from EL Nido. The tours are Tour A, B and C. If you have the time my advice is to do them all. It will not desappoint you since the wildlife on the water is still something you will not see often. Whales, Sharks, Whalesharks(?!), dolphins, turtles(!) Philippines has it all. The tour takes you to several lagoons, islands and beaches while yousit back and enjoy life.

In El Nido you can find a pizza in every bar or restaurant. and after you had pizza you can go to a bar for some live music (Reggae or a pop band).

Once you are in El Nido please do yourself a favour and go to Duli Beach. A beautiful bay and quiet place for snorkling, relaxing, reading your book and enjoy the pure life The Philippines has to offer. After Duli beach we went to see some other villages which are one by one worth the visit. At the moment we drove back to Puerto princessa we had a flat tire. One minute later a truck stopped with a guy asked us what is the problem. We didnt had to use our hands to explain what was wrong or he already started to lift our scooter up to bring us to puerto princessa. It really represents who the Philippine people are. Helpful, friendly and always find a solution to every problem they are facing. No complaining but to smile is their answer.

We took a flight to Cebu. Cebu is a vibrant city where beautiful Mariott hotels are standing between small villages called ”shopping malls”. This place is crowded and not the first city on the list of cities to visit. On a economical point of view it is the right place to find a job or trade with local people. Every shopping mall has a bunch of American restaurants where you can have dinner for $10 p.p. Once out of the city the coast is astonishing. Cebu Island itself is long and narrow, stretching 196 kilometres from north to south and 32 kilometres (20 mi) across at its widest point. It has narrow coastlines, limestone plateaus and coastal plains. It also has rolling hills and rugged mountain ranges traversing the northern and southern lengths of the island. Stop at the harbour to find a boat to Bohol where you can swim with whalesharks. Whalesharks are fed daily by local people in small fishermans boats. Some say it is unnatural to feed them and let them swim between litteraly hundreds of people screaming and touching the whaleshark. Some say it is better then a zoo where they live in a small bassin. Anyhow it is magical to swim with such huge creatures. 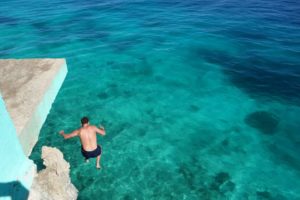 In Bohol you can drive with your rental scooter to the chocolate mountains which are amazing to see and jumping of a cliff (scary but fun!) after the dive you can eat a whole chicken at the local roaster. I would recommend Mindanao, but the safety cannot be guarenteed so please follow the advice of the local people and don’t go there untill authorities tell you otherwise.